It’s that time of year again; in many states, the golf season is starting to wind down, yet the new equipment releases are ramping up. Golfers have become quite used to the fact that golf manufacturers release new golf equipment each year. In fact, when companies don’t push out a new driver each season, it seems as though there must be an issue.

Cleveland doesn’t always work quite as fast as TaylorMade and Callaway when it comes to pushing out new equipment. So when they do, we all like to get a peek at what it is they thought required a new product to be brought to market. The new Cleveland Launcher CL Driver, fairway woods, and hybrids bring a new concept for Cleveland. Let’s take a look at this new Cleveland Launch XL Driver and all that it has to offer.

For the past few drivers releases, Cleveland left us with a standard and a draw model. However, with the new Cleveland Launcher XL series, there are three different options to choose from. 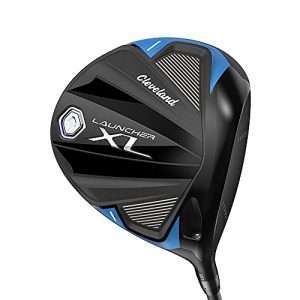 Check it out on Amazon

The XL Driver features the standard length technology, but it has adjustability in the club head. The Cleveland Launcher XL is adjustable from 9 to 12 degrees and will allow for 12 different positions of the club head, all available in .5 degree increments. 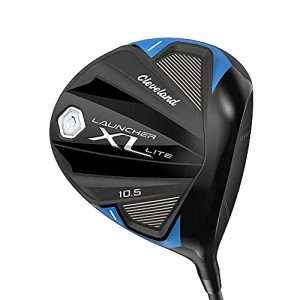 Check it out on Amazon

The Cleveland Launcher XL Lite will be a bit more like the Turbo driver of last year in that it is not adjustable. The Lite is a perfect choice for those who want a driver that is simply set to work for them with a 10.5 or 12 degree loft.

One thing to keep in mind with the Launcher XL lite is that it is .5 inches longer than the Cleveland Launcher XL. The concept with the extra length is to help golfers squeeze out a few extra yards of distance. 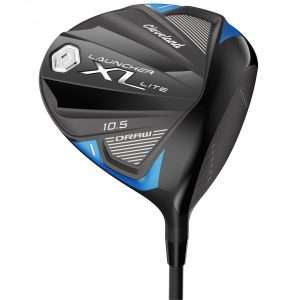 Check it out on Global Golf

For those with moderate swing speed that love the more closed draw bias head design, the XL Lite Draw can still be a good option. With this club, you will not get the adjustable hosel; the driver’s head is simply set into the draw bias position directly from the manufacturer.

Features and Benefits of the All-New Launcher XL Drivers

The current Cleveland golf driver on the market is the Cleveland Launcher Turbo driver. This driver has done quite well as a game improvement choice for those looking for extra distance and more forgiveness. The Turbo was a great choice if you struggled to get the proper ball flight and your driver was feeling a bit heavy.

However, some issues with the Turbo set it back a little bit from other competitors. The distance, MOI, and adjustability were just not there. Now that the new Launcher XL Driver is set to hit the market, you will see these issues addressed.

MOI or moment of inertia is the speed that you get coming off the clubface just after impact. Golf manufacturers that know how to create high MOI can give golfers more distance. The Launcher XL driver comes with an enormous head and an MOI of 5200 g cm 2. This is some of the higher MOI that the golf world has seen.

The result of this high MOI in the Cleveland Launcher XL Drivers is better distance and higher launch. Two things that all golfers will benefit from. If you don’t mind looking down at a large driver head, the Cleveland XL is a smart choice.

All golf manufacturers have to walk a fine line between rigidity and flexibility in a club head. Flexible golf club heads allow for a more trampoline-like effect when the ball is hit. Creating areas in the club that allow for flex, especially when there are high levels of swing speed, can really help increase distance.

The Action Mass CB is a unique technology that we have not seen in other drivers on the market. There is an 8-gram weight that is placed inside the end of the Golf Pride Tour Velvet grip of the Cleveland Launcher XL Drivers.

The idea of this weight is to give golfers a better feel and control of the club because the grip will not be quite as lightweight. The concept is unique, but it is working, and players are finding that they have more control over their drives without sacrificing distance.

The ability to change the loft will help to improve the launch angle, distance, and shot shape. The Cleveland Launcher Turbo driver did not have any adjustability. This was done to save weight in the clubhead, but we are glad that Cleveland now has a high-performing adjustable driver on the market as well.

Although adjustability will add a bit of weight to the clubhead, it is worth it for the additional technology benefits for most players.

Who Should Play The Launcher XL Drivers?

All golfers are looking for maximum distance, low and deep center of gravity, control of their drives, and more ball speed. For the last few years, moderate swing speed and even fast swing speed golfers have had a hard time finding a Cleveland golf driver that would work for their needs.

However, with the new driver Launcher XL options that have come to the market, all players can put a Cleveland in their bag.

The lower handicap players that want ball speed and distance will love the standard Cleveland Launch XL model. With the Project X Cypher shaft as the standard choice, the XL Launcher has a great feel and control as well.

Players that still look for that lightweight technology from Cleveland will like the ball speed and lightweight feel of the Launcher XL Lite. If the extra length in this driver scares you, simply request the Accuracy Build model, and the club will come standard length.

In golf, it is a great thing when companies can define who they are trying to benefit from and then cater to that group of people. Cleveland has waivered through the years in helping the better player than the higher handicapper. For the last few years, they have focused very heavily on lightweight golf technology.

It is nice to see a product come to market that also has adjustability for the slightly faster swing speed player. In addition to the Cleveland Launcher XL drivers, there are fairway woods and even a new Hy-Wood concept that is worth pairing with these drivers. If you haven’t given Cleveland clubs a try in a while, this is the time to do it.

My name is Tim and I am the editor of PG Golf Links. I am an avid golfer and spend my free time playing, practicing, and buying golf gadgets. I love testing and using all types of golf gadgets, which is the reason I started this website.